How to Beat the Yarn Sales

When we see a yarn sale, or a sale of any kind that fits into our interests, one of the things that is activated inside of us is a prehistoric survival instinct. Or better known as the fight or flight response. Let me explain some more.

What happens when you see a yarn sale?

Imagine this. You’re relaxing at home and you decide to check your emails, and you happen to come across an email with a subject like “40% off limited stocks of yarn”. Or generally something that indicates to you that something is here now but it is going away, and even more so that it requires less expenditure on your behalf. Because of this your heart rate quickens a notch. If you’ve not noticed this before try to watch out for it next time you see such an email. Just the image of the balloons above may have been enough to make a difference!

Your interest is piqued and you open the email. And there inside there are big red headlines, an abundance of yarn photos, and phrases such as “limited time”, “while stocks last”, and “get it before it’s all gone”.

Now your heart rate has quickened again. Your chest and muscles feel tighter, and your blood pressure has increased. You find your breathing rate has also accelerated, you have a sudden surge of energy, and you’re very focused on the yarn sale and not what is around you. Ever catch your spouse say “are you listening to me?” when you’re looking at yarn?

All of these changes can happen so quickly and seamlessly that you likely aren’t even aware of them. (In some cases the act of choosing and buying the yarn can happen in an instant too!)

Next time you get a sale email pay specific attention to your body. Specifically the tightness of your chest, and tenseness of your muscles. Do you feel a boost of energy? If so, this is the fight or flight response kicking into gear.

What is the “fight or flight” response?

At its most basic explanation the fight or flight response is an automatic bodily response to a perceived threat to our continued survival.

This means that if something in our immediate environment contains a potential threat, our brain will recognise this, and automatically prepares our body to be able to deal with that. Whether it be to fight, or flee. It is a prehistoric response that is hardwired into most animals on this planet, including humans.

The classic example given to emphasise this is when our ancestors were out and they saw a sabretooth tiger, their brain would trigger this response in their body so that they had the ability to flee from the situation, and survive.

On the flip side of that though, the same response would enable our ancestors to be more effective at catching and killing their prey. The fight side. In hunter-gatherer days they didn’t know when they would find their next meal, let alone catch it. Without food we won’t survive. So any advantage was a huge benefit in the survival of early man. The fight response was that advantage.

How does the response work?

The initial step of the response is to sense the threat to our life, or opportunity to survive for longer. This is done with our eyes (we see the predator or prey), our ears (we hear something rustling nearby or hear a call), and sometimes our nose (who else has the ability to smell pizza from a mile away?).

This sensory input is processed by several areas of the brain, but the most important in the fight or flight response is a part called the amygdala. This is in an area of our brain called the limbic system, which is considered part of the oldest section of our brain. The amygdala is where the brain determines whether there is a threat/opportunuity, or whether to just carry on as normal. If it does detect a threat/opportunity, then it activates a process to engage the response we call the fight or flight response.

The response kicks what is called our sympathetic nervous system into action. A concoction of hormones are released around the body, such as adrenaline, and our brain co-ordinates our bodily functions which together gear up a huge variety of changes in our body. Examples of these include:

All of these changes in our body are designed to either help us escape from (or if we’re feeling particularly brave/stupid – it’s a thin line) to fight off the predator. OR to give us the abilities we need to chase after, catch, and kill our prey to get the sustenance our body needs to survive for a bit longer.

But a yarn sale isn’t going to kill me!

Nowadays the threat of a large animal coming to eat us is just so rare it isn’t even on most peoples radar. And again for the majority the food supply chain eliminates our need to hunt and catch our food. BUT the part of our brain that identifies the situation IS still there. And it is very much alive and kicking.

Instead of sabretooth tigers, the threats have become things such as horrid bosses or large unexpected bills. And prey opportunities have become things like securing a pay rise or acquiring goods to increase the comfort of our lifestyles…. such as yarn for us knitters. Does the phrase “I wouldn’t survive without my knitting” ring any bells??

So nowadays, when we see something like a sale, our brain is triggered into the fight response because it sounds like an excellent opportunity to keep knitting for a bit longer, and we don’t know when the next sale will come around again. So our brain kicks off the sequence that gets us ready to fight. To act. To go and get that yarn in that sale before someone else gets it and it’s too late.

Is this really a bad thing though?

The whole purpose of the fight or flight response is to help us survive. Whether it be to escape potential harm from a threat, or to benefit from and acquire an opportunity.

But here’s the thing. If the prey (yarn) is something that we don’t actually need. If it is something that won’t benefit us in some way now. If we get it and another sale (and another and so on) come and go and the yarn is still in our stash, then our emotions associated with that yarn purchase start to falter. We used energy to get it and we haven’t consumed it’s sustenance. And what may have once felt like an opportunity, becomes a burden of an opportunity we haven’t yet finished.

Next time you receive an email about a yarn sale (or pattern sale as it is the same response), pay attention to your body. Does your heart rate quicken? Do your muscles feel tense? If so, take a moment to stop and try this quick breathing technique…

So next time, before you allow your prehistoric fight or flight system to control you, ask yourself, do I still have yarn from the last sale in my stash? If so, chances are another sale will come around sooner than you think.

To receive new articles like this directly into your inbox enter your email address into the box below. 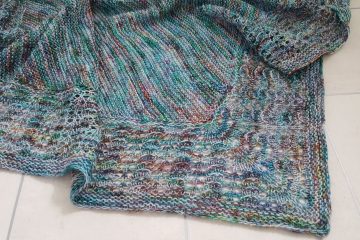 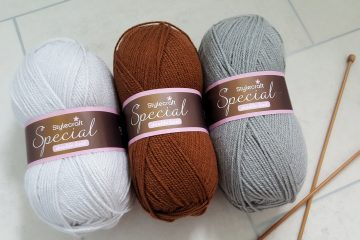 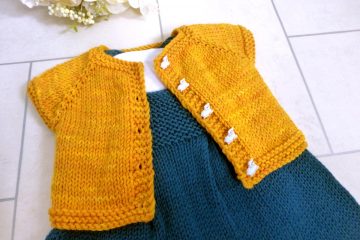